Thai culture is well known for its unique culture. Its culture is made up of a wide range of different sources. If you are traveling to Thailand, it’s necessary to know the basics of Thai culture in order to help you understand Thai people better and to avoid issues. Here are basic cultural points you need to know before visiting Thailand.

Thai greeting referred to as Wai. Wai is an action where the performer will pressing the palms together at chest or nose level and bowing head slightly. In addition, the word often spoken with Wai as a greeting is “Sawadee”. The word Sawadee is usually followed by “ka” when spoken by a female and by “kub” when spoken by a male person. Moreover, Wai can mean hello, goodbye, thank you, or to apologize. Thai people usually perform Wai when they want to greet someone who is older or respectable.

In Thailand, the head is considered high and the feet are considered low and dirty. Since head is the highest part, never touch a Thai person on their head especially if they are older than you! In addition, point or touch something with the feet or simply put the feet on a desk or chair are considered extremely rude in Thailand.

Kissing with girlfriend or boyfriend in public may be romantic for Westerners but it is certainly a taboo in Thailand. In Thailand, people do not show a lot of affection in public. They won’t feel convenient to do hug and kiss outside as they think doing those things are about the 2-person’s things. When they go out, it is not a 2-person’s place. However, holding hands can be acceptable.

If you give a gift to Thai people and they just put your gift on the side and left unopened. Do not be mad.. In Thailand, it is considered rude to rip the gift open there in front of the giver. Thai people are more likely to wait until the giver has left to open the present.

5. Do not touch the monks

Since Buddhism is the national religion in Thailand, you will see many monks during your time in Thailand. People should be careful of the actions around monks. Women should never touch a monk or sit next to a monk or his belongings.

Thailand is  known as the ‘Land of Smiles‘. Smile is a common thing to have here and a non-smiley person is often judged as not a friendly person. Try to smile at Thai people as much as possible and they will return in kind and making your experience in Thailand much more enjoyable.

What you can read next Best family things to do in Bangkok 2019 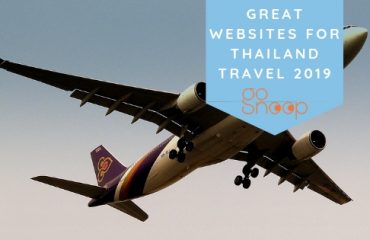